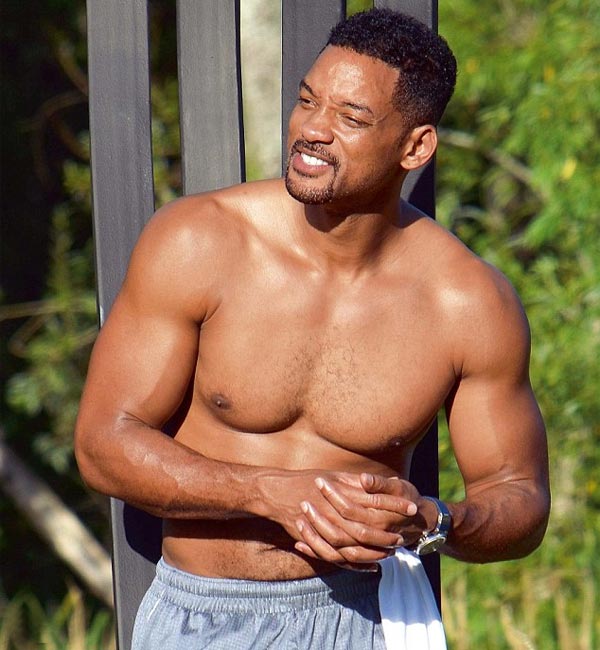 From rapping to starring in television then finally breaking into the movies, Will Smith has always been known for his zest, his humor and of course his total hotness. He just recently starred with his son Jaden Smith in After Earth. Not bad for someone 44 years old. Fans might get to see more of Smith in action; Bad Boys 3 has been announced. While filming has yet to start it might be safe to expect to assume that the former Fresh Prince of Bel-Air will soon be running, shooting and fighting in a tight shirt or no shirt at all. 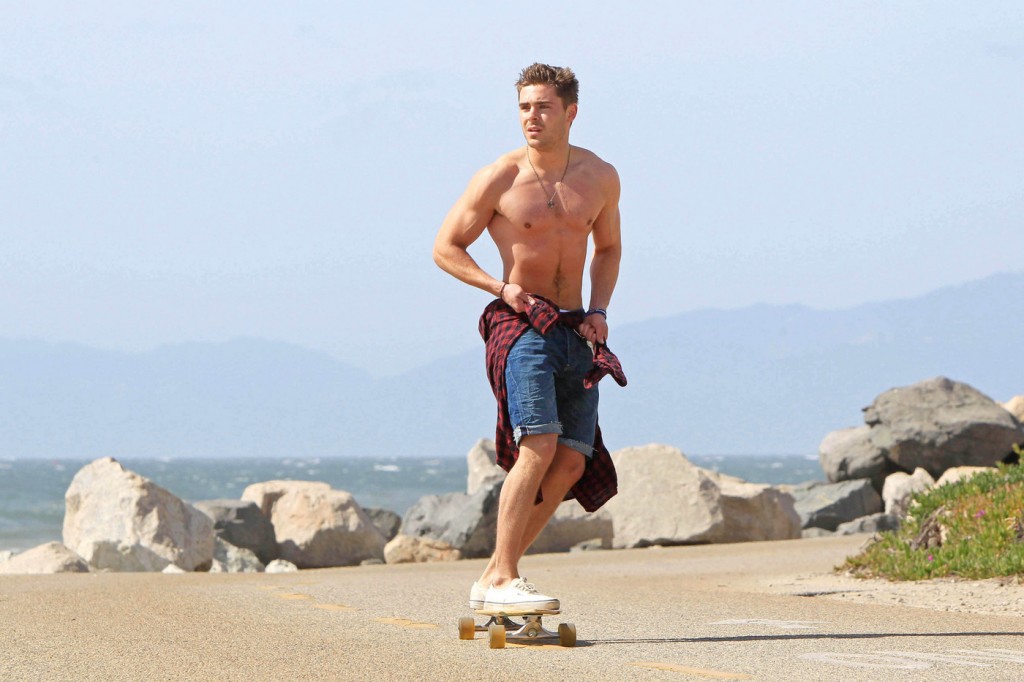 That scrawny kid from High School Musical and its sequels is no longer is. After taking on more mature roles following the Disney trilogy that launched Zac Efron‘s career, his fans also noticed he was getting more mature, and in a good way. Gone was the tall, skinny and uneven-voiced kid and in his place was a tall, buff young man who has been paired off with the likes of Nicole Kidman and Leslie Mann. 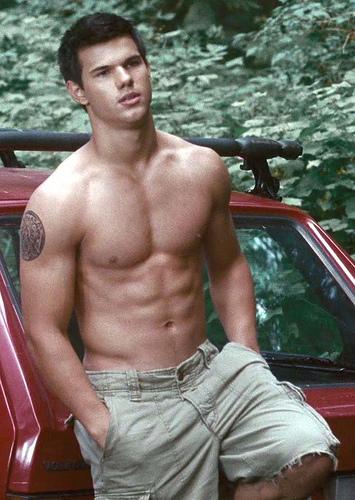 We all saw him in the first Twilight movie and the small, long-haired kid didn’t draw much attention then, next to sparkling vampire Edward Cullen. However, everything changed with the next movie in the saga, “Twilight: New Moon.” That scene with Taylor Lautner taking off his shirt to expose his washboard abs in front of Bella stunned and awed moviegoers, and from that one scene Team Jacob was born. Jacob also finally eclipses Edward Cullen during “Twilight: Eclipse”, in what is voted as one of the best lines in the movie: “Let’s face it, I am hotter than you.” 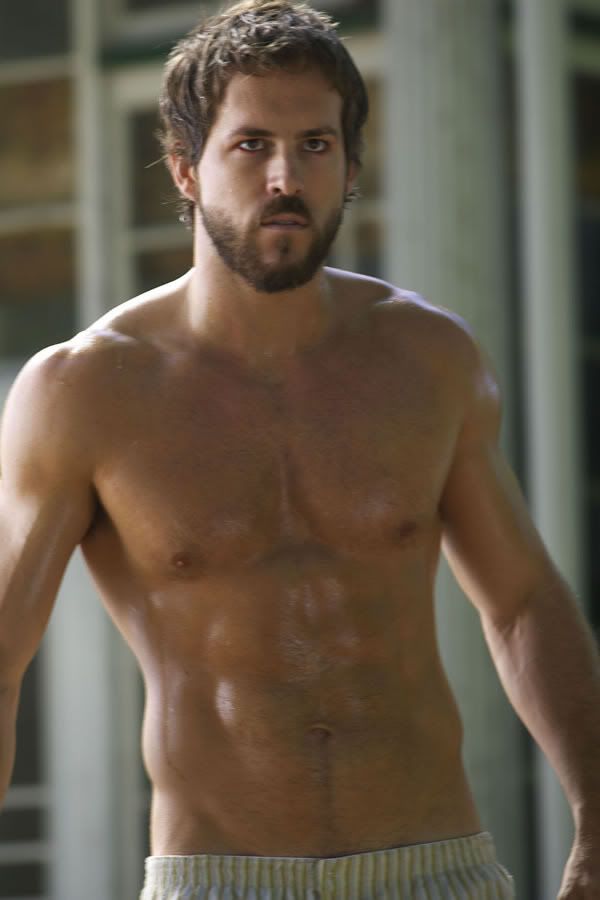 The scene of Ryan Reynolds and Sandra Bullock running into each other naked in The Proposal has to be one of the most memorable scenes in a movie and the one that got him lots of attention. Roles in other movies eventually landed him the Sexiest Man Alive award by People Magazine in 2010. This only makes it a real shame they didn’t put a real costume on him in that Green Lantern film. Expect to see more of Reynolds soon. He has been slated to play Marvel anti-hero Deadpool in a movie of the same title and is rumored to be reprising the role of Duncan MacLeod in the Highlander remake. 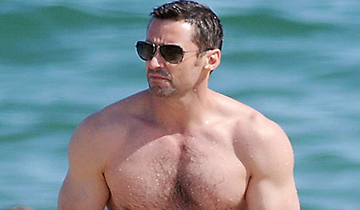 Relatively unknown before the first X-men movie in 2000, Hugh Jackman quickly rose to become one of the hottest stars in Hollywood. This Australian native was able to prove he’s not only banking on his body, but could also do drama like in The Prestige and sing in last years Les Miserables. While his appearance inVan Helsing, The Fountain and Real Steel did not hurt his image, fans will always remember him foremost as Wolverine. That scene of him running with his bare backside exposed in X-Men Origins: Wolverine continues to be a fan favorite. 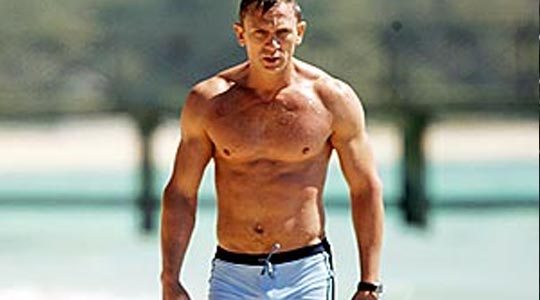 Producers knew they were taking a risk in casting the first blond James Bond, but when this Bond came out of the water in nothing but swimming trunks in the Casino Royale remake, critics who earlier advocated for “No Blond Bonds” somehow became silent. Now critics are saying Danial Craig might be the best Bond to ever grace the silverscreen. Craig also made wearing vests cool again with those sexy shoulders and firm-looking biceps in Cowboys & Aliens. Remember that ad with him wearing a dress? While it was kind of disturbing, he still looked hot anyway. 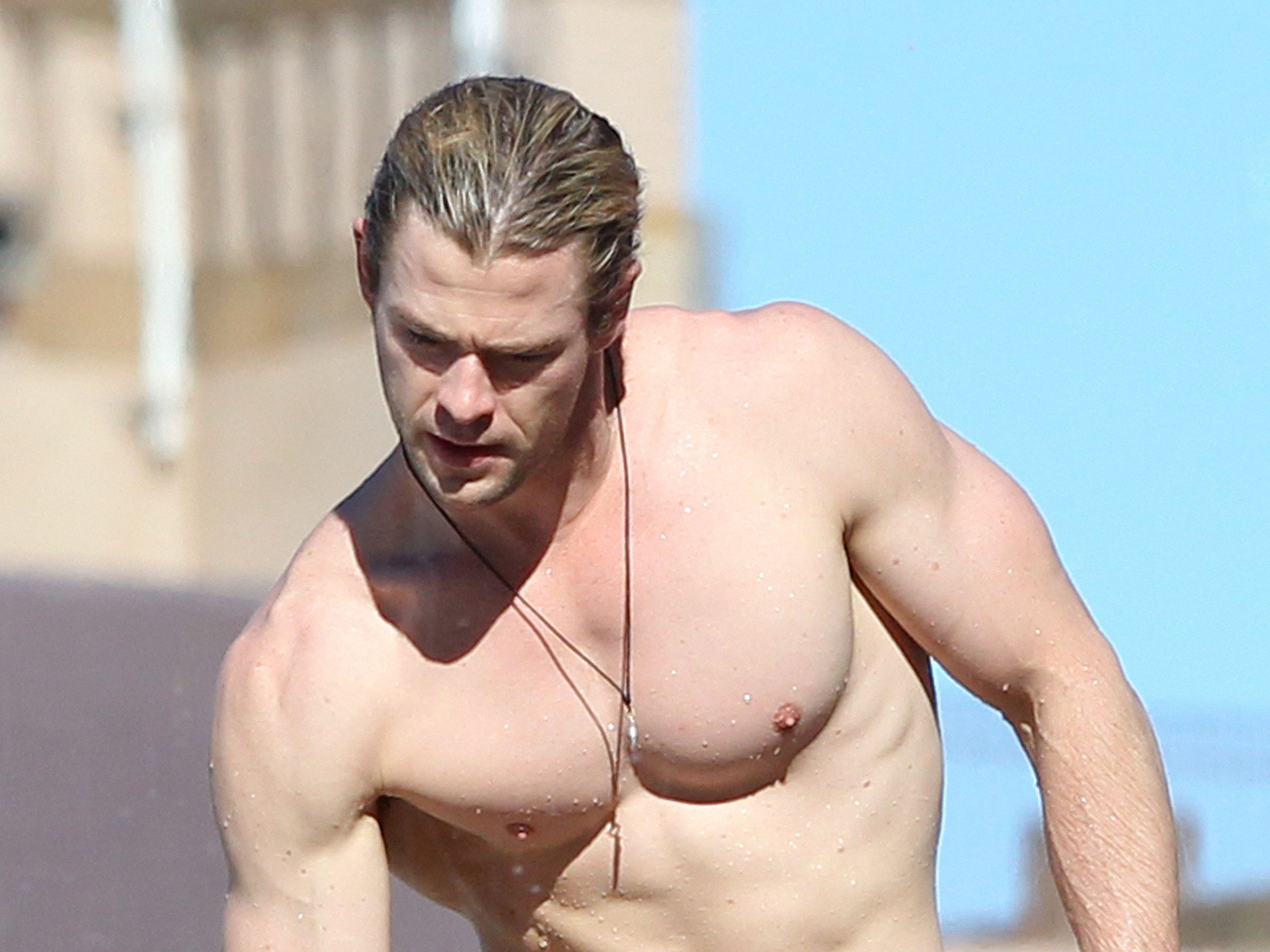 When Thor, the God of Thunder spoke on screen, his accent was horrible. But we weren’t paying as much attention to Chris Hemsworth‘s accent as we were to his physique. He looked so hulking and muscular like an Asgardian god would that it was probably a good thing he didn’t have a kissing scene with Natalie Portman, else he might have crushed her. Moviegoers may not be able to remember him from the 2009 remake of Star Trek where he played the father of Captain James Kirk before being killed off in the first few minutes of the movie, maybe because he did not have his Asgardian physique back then. 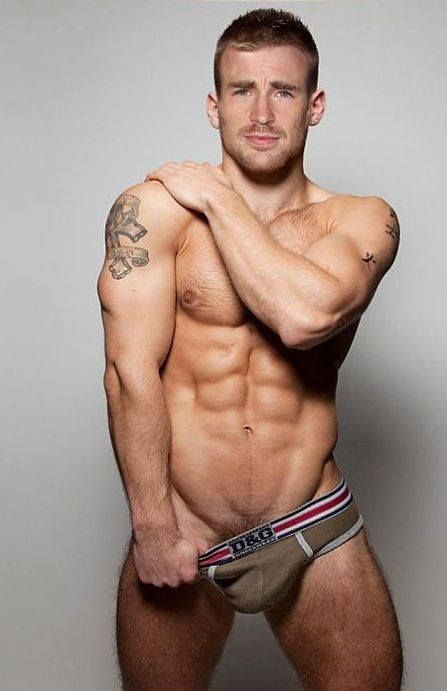 So yes, that makes for two members of The Avengers on the list.  Captain America Chris Evans does not just have the body; he also has the boy-next-door face women would fall for. He can also look bad (as in hot, evil bad) if he wants to, you might remember him as pampered actor Lucas Lee, or boyfriend # 2 in the League of Evil Exes in the film adaptation of Scott Pilgrim vs. the World. Evans certainly isn’t shy in showing his body as he was willing to strip down with co-star Anna Faris for a quick skinny dip in the river inWhat’s Your Number? Bradley Cooper was picked to play Templeton “Face” Peck in the A-Team movie; that already says something. However, instead of “Face” they should have named him “Body” as seen in the scene where he is just wearing tanning shorts. His appearances in The Hangover movies only served to increase his fan base even more.

Magic Mike was the movie to watch when women wanted to see rippling pecs, washboard abs and male flesh. Of all the hulking man-meat in the movie Channing Tatum stood out most.  Not a newcomer to showbiz, Tatum started to have a fan following since the 2006 Step Up where his dance moves drew attention to his physique, and the legend just grew. With Magic Mike showing he isn’t shy about baring, it’s safe to assume fans are hoping to see more of Channing Tatum real soon.